Well…we did it.  Today we unmolded the Opera Torte which turned out to yield 56 pieces of luscious mocha buttercream, cake, chocolate truffle….well….I will let you be the judge 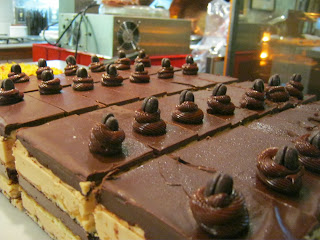 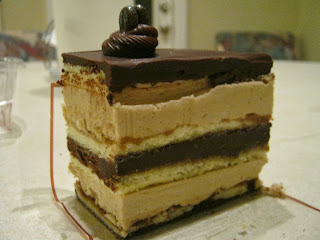 It is called Opera Torte because it was served at intermission at the opera houses in Paris.  And it was an amazing feat to create.  I am very glad that I did it.  I had this piece for supper that I split with the roomies…..it was very tasty….and very reminiscent of Tira Misu.  It is renowned for being difficult to make and now I know why.  We had to cut it frozen as you can see from the condensation on the pieces.

After this, we made three types of cookies.  The last one has yet to be dipped in chocolate, which will be tomorrow.  First, we made a piped cookie that was like a shortbread and it was done in two halves, which are then sandwiched together with raspberry jam and dipped in chocolate.  The cookies are called Strassburg cookies and are German.  However, when you sandwich them like this and dip them in chocolate, they are called hedgehogs.  You can see the resemblance to our mammal friend. 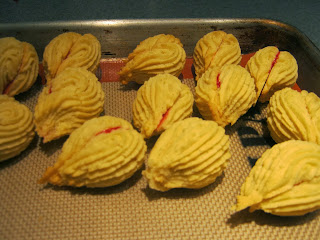 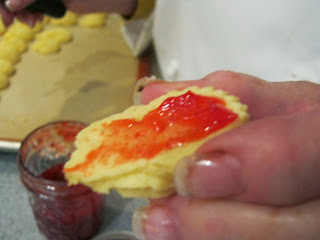 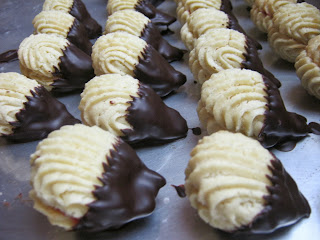 Then we proceeded to make Florentines.  These are an Italian cookie that is really like almond toffee with citrus peel in it that is baked in the oven after cooking the batter on the stove.  After they cool, you cover one side with chocolate in waves.  They are very thin and super tasty.  I had never made them before and was totally impressed. 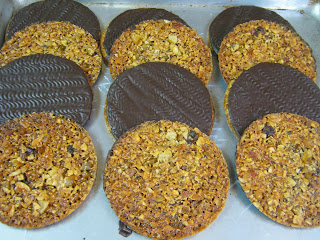 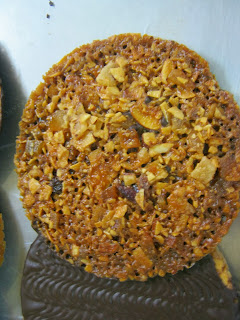 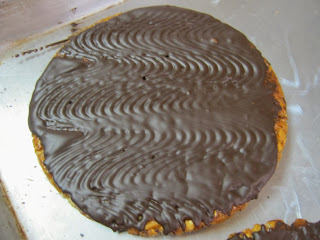 The last cookie of the day is a chocolate almond wafer that still waits its chocolate dipping tomorrow.  It has ground almonds and tiny micro chocolate chips.  It had a very wonderful aroma while it was baking.  I think it will be great. 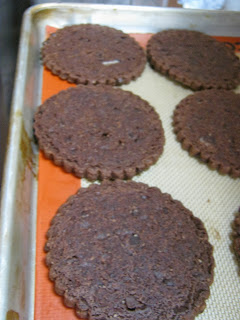 Tomorrow we pursue more cookies and decorating.  It has been a wonderful and fulfilling month.  I spent three hours this morning at La Magie bakery shaping and grilling English Muffins, and making Babka and Baguettes.  Kevin has been a great sport to have me there and entertain my questions and I think I actually helped a little take away the mundane chores which are great learning for me.  He is a meticulous baker and makes great loaves.
« Previous: …..and more cake   Next: Cookies, Cookies, Cookies »